Houses within the North Village area range in age from ca.1730 to 1989. The predominant style is Colonial Revival in its various incarnations from 1903 to 1950 - a fact which contributes to the cohesiveness of the area. Lot sizes range from about 15,000 square feet to 4.66 acres, with most lots between 1/2 and one acre. Many of the houses in this area have been altered with the installation of aluminum or vinyl siding and / or removal of original trim, window sash, doors, and porch posts. Still, the area retains many pre-World War I houses and barns that could be much enhanced if properly restored. 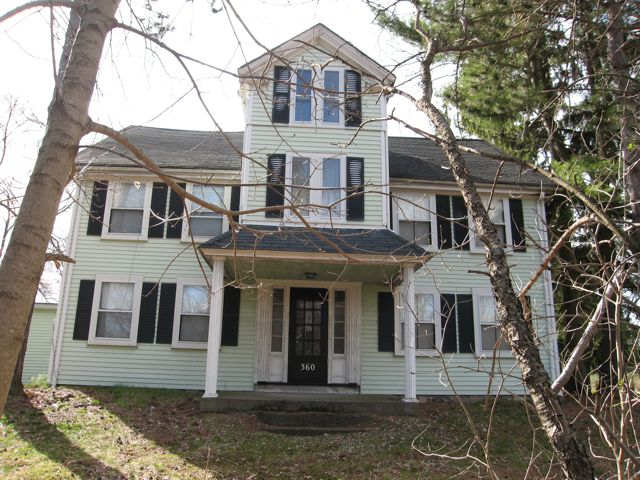 The Bradyll Smith House at 360 North Avenue (ca.1730, MHC 619, Map #1) is a much-altered early Colonial house.  The symmetrical 2 ½-story, five-bay house has a central chimney.  The front door in the center of the front façade has sidelights and fluted pilasters characteristic of the later Greek Revival style.  A three-story central pavilion, which rises to the height of the ridge line, was probably added in the mid-19th century or later. The house is presently sheathed with vinyl siding. 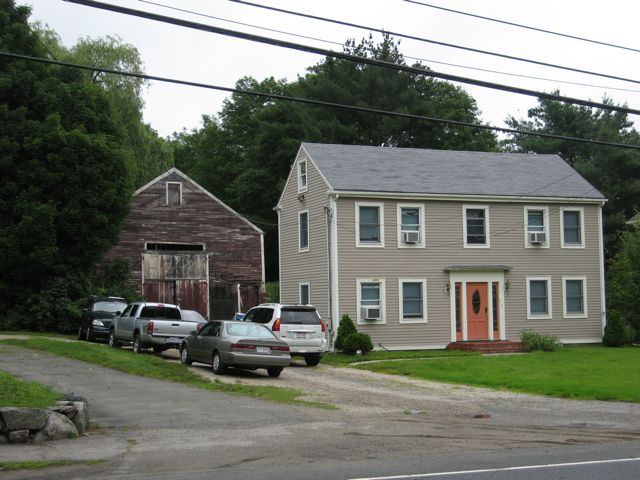 were removed and the building was changed to its present Colonial Revival appearance.

413 North Avenue (c.1850, MHC 623, Map #17) appears to be Greek Revival in style, although much of the trim, if it remains, is now covered with aluminum or vinyl siding. The house has an entrance at offset left, with sidelights, as well as 1/1 window sash, and a wing extending east, with porch across the front. This property also includes a notable 1-1/2 - story barn with cupola and weather vane.

(The following paragraph comes from the 2000 inventory form and replaces an earlier paragraph) - No. 406 North Avenue (MHC 620, Map #6) (c.1870) is a post-Civil war farmhouse with Second Empire / Italianate features. The house is charming and well-maintained and contributes greatly to the North Avenue streetscape.

The 1-1/2 story house has a front section that is three by four bays and is oriented with the gambrel end to the street. This section has a one-story porch across the front with square porch posts (not chamfered or decorated) set on a concrete slab. 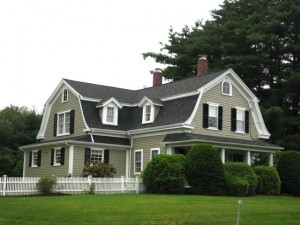 The front entrance gives evidence of the mid-19th century age of the house and the fact that alterations have taken place. The door originally had full sidelights, which have been blocked up. In the peak of the gambrel is a round headed window characteristic of the Italianate style. Extending northwest from the main block is a wing, and off the wing a rear ell. Most windows are 6/6 with shutters.

The house has dormers which provide light into the second floor on the north and south (side) facades. Dormer windows are 2/2. The house has two chimneys, both on the north side of the ridge line. Inside, the mid-19th century detailing includes corner blocks at all windows, with smaller square blocks within each corner block, and heavy fluting of the window frames. Similar framing is used around the front door on the inside.

The newel post is typical of the Italianate style. The house plan has a front and back parlor on one side of the hall way and a kitchen in the wing at the other side.

About the turn of the century, North Avenue was widened, which put many houses closer to the road.  The following houses had been built by 1910, according to records in the tax assessor’s office:

The latter house is a 2-1/2 - story, gable front house, a typical form for Weston farmhouses at the turn-of-the-century. A distinctive feature is the use of fieldstone to enclose the front porch. This property also includes a notable turn-of-the-century barn with later attached garage at the rear, as well as a well-built stone wall in front with handsome entrance posts. 392 North Avenue is a two-story, two-bay, hip-roofed house with a screened porch across the front. Like no. 405, this porch uses a fieldstone wall to enclose the lower portion of the porch.  The house is now sheathed with aluminum/vinyl siding. 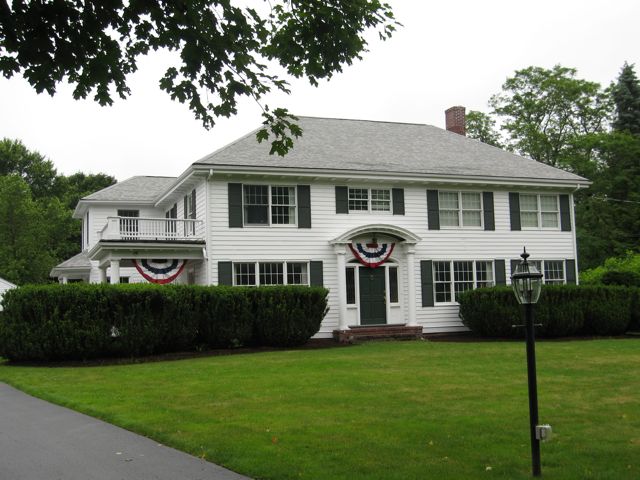