The Chiltern Hundreds Area was documented by the Weston Historical Commission in 2005. It includes the following properties:

The Chiltern Hundreds Area is a subdivision developed beginning in the mid-1920s in the southeast corner of Weston. The area encompasses 104 houses on approximately 145 acres. A small section of the original subdivision is located across the town line in Wellesley and is not included in the Mass. Historical Commission form. Designed in the early 1920s by well-known landscape designer Arthur Shurtleff (later Shurcliff), Chiltern Hundreds is characterized by quiet curved streets laid out roughly in a fan-shape, with many roads leading toward the Wellesley Farms train station.

The land slopes gently to the south and at its highest point is 300 feet above sea level. Ridgeway Road, the principal route through the subdivision, provides a convenient connection to Commonwealth Avenue, once the main automobile route into Boston. Lot sizes range from about 0.14 acre to 3 acres, with most less than 1 acre. 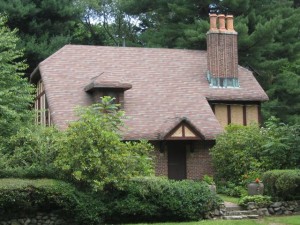 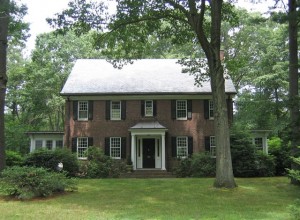 Because of commonalities in house size, setback, massing and materials, the area has a visual unity and sense of place. Two Shingle-style houses (153 Ridgeway Road and 64 Oxbow Road) date from before the subdivision. The remainder of the houses in the Chiltern Hundreds Area were built between 1926 to 2003, with most dating before the mid-1950s.

The most common house type is the Colonial Revival in all its manifestations, including Georgian, Federal, Dutch Colonial, Cape, and Garrison Colonials. Houses from the 1950s are generally Modern in style, most commonly 1-story ranches with occasional split-level examples. The most common exterior materials are clapboard and wood shingles but brick, stone, and stucco are also used. Some houses have been remodeled or demolished to make way for new, larger homes, but in general the area has remained largely intact. 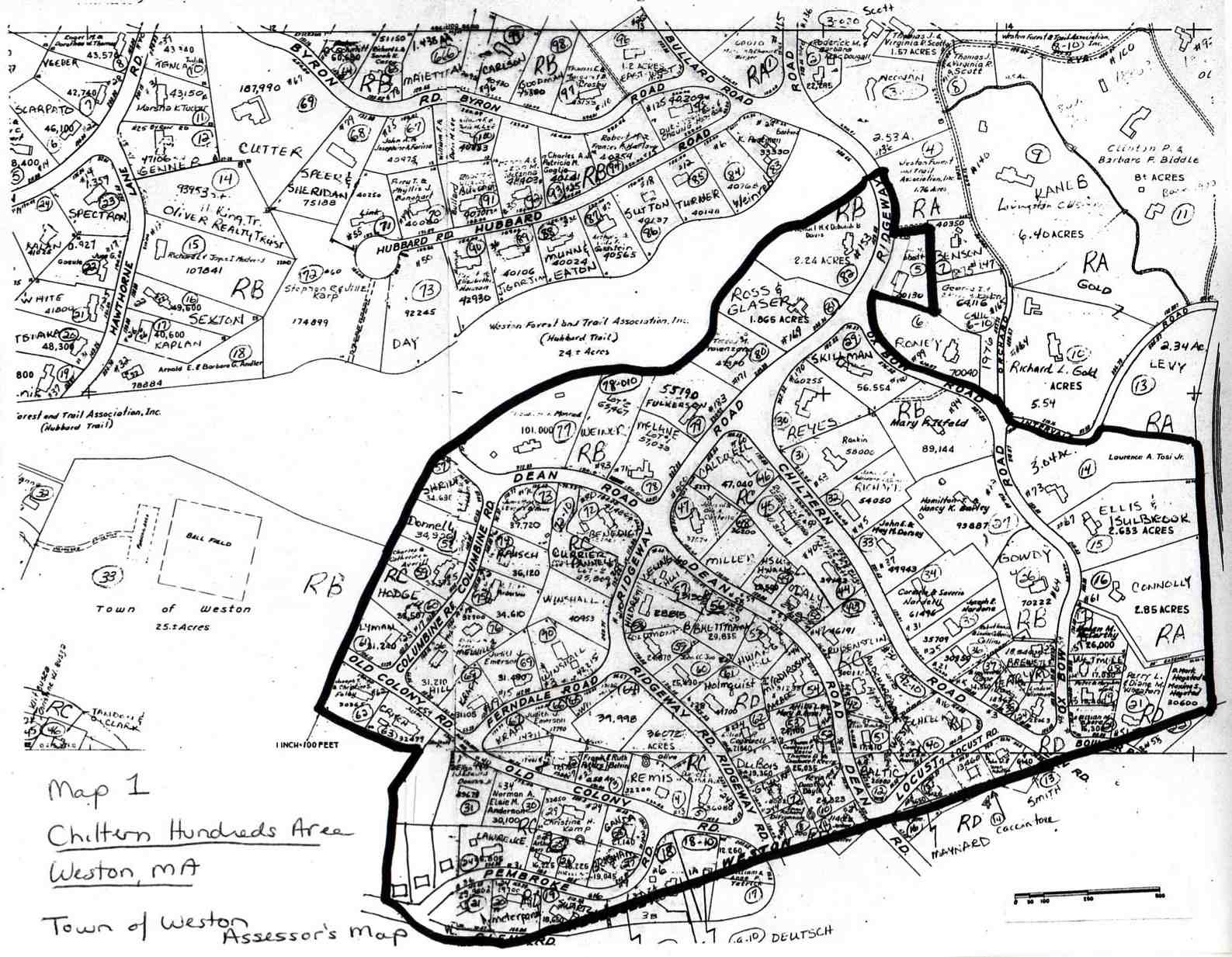